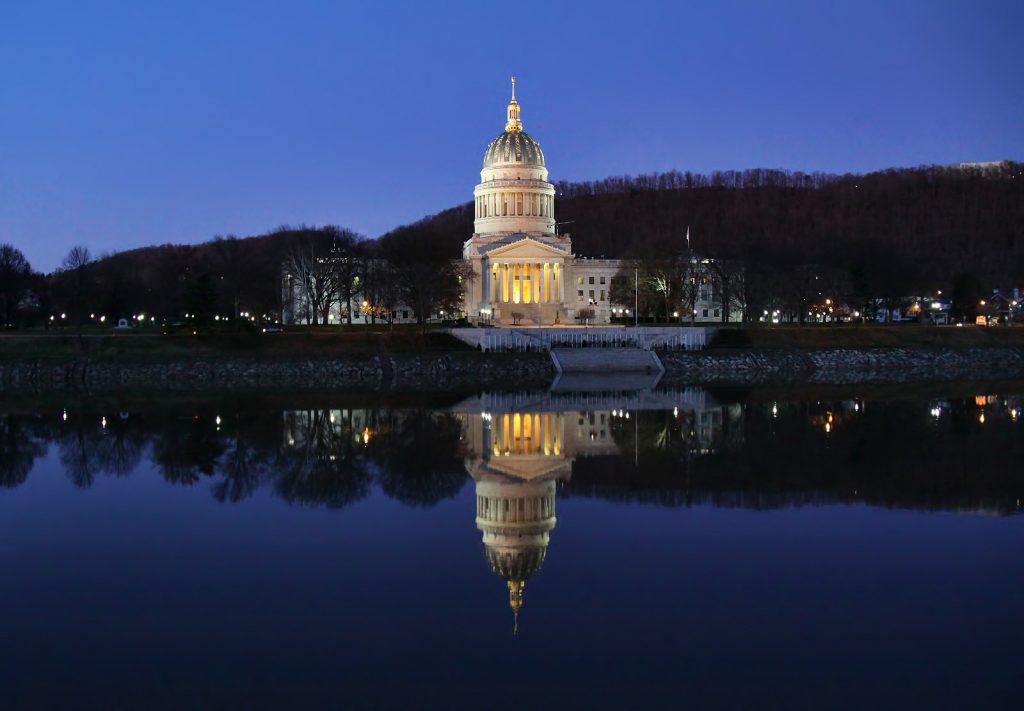 The Rev. Matthew Watts, pastor at Grace Bible Church and a community activist on Charleston’s West Side, speaks at a House Education Committee meeting in January 2020.

Contention over the budget in the next West Virginia legislative session will focus particularly on what to do with a nearly $2-billion revenue surplus.

During his weekly COVID-19 briefing on Tuesday, Gov. Jim Justice said he will present a “flat budget” the first day of the session, on Jan 11. He has proposed raises for teachers and other state government employees.

Senate Finance Committee Chairman Eric Tarr, R-Putnam, said in an interview that he plans to propose using the surplus for tax reform. Others in the GOP supermajority have hinted the money could be used for state-backed economic incentive packages to lure large corporations to West Virginia.

The Rev. Matthew Watts, from Charleston’s West Side, plans to make a familiar case for using some of the money to combat systemic generational poverty in the Mountain State. Specifically, Watts said, he wants to see federal coronavirus relief money used to help the communities the virus hit hardest.

Watts said this year’s session presents a rare situation one in which enough money is available to make real changes at the community level.

“This really is the culmination of my 25 years of trying to advocate with the Legislature on behalf of poor people around the state,” Watts said.

The senior pastor at Grace Bible Church, on Charleston’s West Side, Watts has lobbied for years at the Statehouse for bills to combat poverty. He also is president of the Tuesday Morning Group, a grassroots organization of ministers and community leaders — mostly from the West Side — that has met once a week for decades to discuss current affairs.

During the 2022 legislative session, Watts and the Tuesday Morning Group fought to no avail for a plan that would have used funding from the American Rescue Plan Act to address some of the underlying socio-economic issues that caused poor communities to be vulnerable to COVID.

The money was intended by the federal government to mitigate the impact of the virus. Watts said the plan put together by the Tuesday Morning Group fit perfectly with the plan the state was required to submit to obtain the funding. The state’s plan called for “equitable outcomes” and funding to target poorer areas, Watts said.

The Tuesday Morning Group submitted a legislative framework to the governor and the Legislature that proposed reviving and funding seven previously submitted bills that would address problems in impoverished communities, Watts said.

The bills funded pilot programs for job training in areas of low socio-economic status and provided additional funding for minority and rural health programs. One of the bills also would have stimulated economic development in heavily populated low-income and minority communities.

Democrats have been open to such measures but frequently have cited a lack of money.
Federal Rescue Plan funds over the past two years have eliminated that issue, Watts said, but now it’s about leadership.

“We can’t just keep doing the same thing we have been doing,” Watts said.

He expressed hope that new leaders in the Legislature will be more receptive. So far, Watts said, no one is returning his phone calls.

Watts has been active for the past few months in the West Virginia Board of Education’s discussion of the effect of discipline disparities on students from poor communities, particularly minorities. He said he plans to bring that issue to the legislative table in 2023.

In July, the state Department of Education released a report that showed 70% of 30,000 out-of-school suspensions involved a student from a low-socioeconomic-status family, although poorer students make up just half of the 251,000 public school students statewide.

The Board of Education has asked the department to expand the scope of the report to include details from the county and school levels, and the Tuesday Morning Group has been watching the issue closely, Watts said.

The report shows the issues are connected, Watts said, reinforcing a point he said he’s been making for 20 years. It’s part of the social pathology that ties in with low academic performance, truancy, dropouts, unemployment, housing, crime and health.

“There’s a plethora of research to talk about the role school suspensions play. It’s been normalized into the system. There are tens of thousands of kids over the last decade that have been suspended. It’s resulted in the undereducation of entire communities,” Watts said. “Our goal is to bring all of this stuff together to the state Legislature. We feel like this is it.

This is the last big pitch that can be made.”

Roger Adkins covers politics. He can be reached at 304-348-4814 or email radkins@hdmediallc.com. Follow him on Twitter @RadkinsWV.